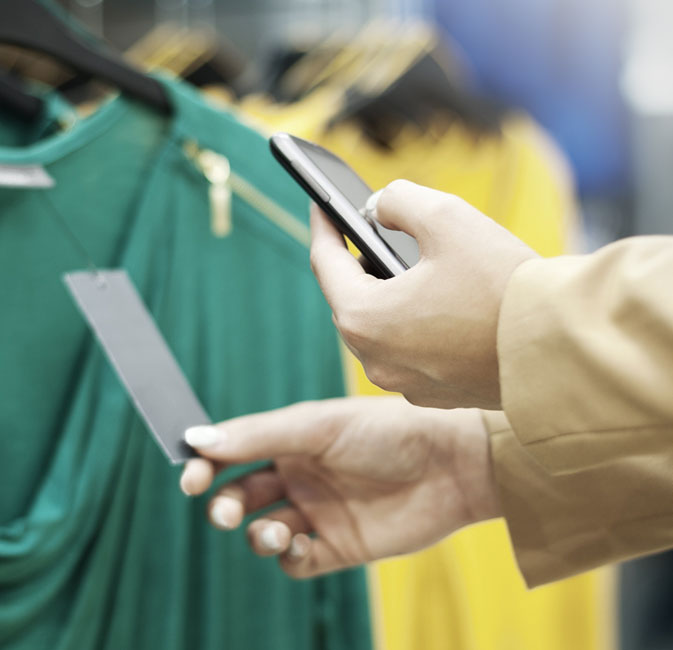 During its 50 years history, Boyner Group has always been the pioneer in the retail sector in Turkey. In the 1980s, it was the first to keep its stores open at night and on Sundays, and in the 1990s, it offered the first installment credit card and the first 24/7 customer support service. And these are just a few examples of its many milestones. Today Boyner Group continues to shape the future of retail with its groundbreaking work in omnichannel and mobile.

The first steps towards the Advantage card were taken when a card was provided to customers who lived in Ankara, and were mainly employed by the public sector. These customers were provided with the opportunity to buy products and pay for them in monthly installments. Then, with the Çarşı Card, this goal was even closer. With the establishment of Benkar Consumer Financing and Card Services in 1998, Boyner Holding introduced the Advantage Card into the market, which provided installment loan services. The Advantage Card system has reached an annual turnover of $ 1 billion and has become known as one of the top three institutions in Turkey with the best credit card portfolio by being one of the leading innovations of the last 10 years and while having 1.5 million customers in 2002.

Benkar launched the Advantage Card which dominated 9 percent of the credit card market and its number of member brands or companies in its system exceeded 400. Apart from the banking sector, it became known as the most extensive card organization with its Call Center, Credit Risk Management Unit, marketing units and its team of 500 employees. It has been a pioneer of installment credit card market in Turkey.

It was sold to HSBC in September 2002 with more than 5,000 service access points.

"When you do not know who to call, call Back-Up!"

During the sale of the Advantage Card to HSBC in August 2002, the royalty and service rights of Advantage Insurance, established in 1999, were also transferred. After selling personal accident insurance over telemarketing for the first time in Turkey, making the most sales and leading the way in the insurance sector, a team of 40 members were left with no product to sell after the deal.

So , the management team asked them to find an "idea". What could be achieved with such a successful team and an impeccable infrastructure while utilizing the customer communication ability of Boyner Group? An "idea hunt" began for an idea which was not related to the insurance sector, could be sold via telemarketing, and could be offered to Boyner Group customers quickly.

A month later, the idea was clear – a limited annual membership card that provides assistance services to its members for travel, health, and home. Members were able to find the answer for every question and issue they were concerned about and were provided with airport services so that they could plan their travels easily.

This product that supports people’s daily needs was named Back-Up, its motto was became "call us when you do not know who to call".

After the approval of the project, the team finalized the system revisions, products, training, supply and infrastructure studies in 3 months and carried out the first Back-Up sale in January 2003.

This is the 12th year of Back-Up and it has been changing and developing each year with customer expectations and requests according to the requirements of customer’s life standards.

In 2012, the shares of Back-Up were sold to Affinion International, the global leader in this sector.

"WE HAVE SQUEEZED THE T-SHIRT INTO A BOX"

The T-box project was founded by gathering a team of 20 people working in different fields from finance to production, sales to marketing led by Cem Boyner within Boyner Holding in January 2003. The aim was to create a Turkish textile brand which had flexibility and a globally accepted world-view and could be understood and approached easily by everyone.

Considering other brands in the industry, the most important feature of creating a new market was that the brand itself was the only competitor to itself and therefore, the necessity of constant self-renewal had emerged. On the other hand, since it was a fast consumed product, all trendy products had become the "competitors" to be tracked to be able to maintain T-box’s existence in the minds of young people.

T-box started primarily with pressed t-shirts. A short, easy-to-read and a memorable brand name came out with a "t-shirt in a box" idea and matched perfectly with the nature of the product. Reaching a wide product range with 57 products within 2 years, the most significant features of T-box were affordable prices and small product formats that made them easy to carry. Items purchased in Turkey had 50 cents included in their packs as change.

The sales area of T-box's was at 1,200 points, from petrol stations to supermarkets. It manifested itself in 19 countries with the motto: "The Original T-box from Istanbul"

Furthermore, T-box 'showroom' concept stores were opened. Additional access was obtained by reaching consumers in unexpected spots like plaza elevators, toilet panels and free postcards in cafes. Now the T-Box products had come out of their boxes and met its consumers in department stores' aisles.

Morhipo.com: The two doored address of fashion in e-commerce

Since all the players in the e-commerce sector came out with sales campaigns (such as discounts up to 90%), Morhipo was the only site which provided both seasonal and campaign products at the same time. Apart from a website that provides discounts and shows product range, Morhipo.com has another website which provides new season’s products regarding product depth. The purchases you make from both websites can be collected in a "single basket". This became known as the "single basket" application. 70% of sales of Morhipo.com comes from season’s products and 30% comes from the discount club.

Hopi: The app of shopping

Hopi "The New Invention of Shopping" which is used as a smartphone app, is a first in the world. Hopi, with its money awards system called Paracik (Hopi’s cash points) which is doubled while used on member brands, was born as a player that changed the dynamics of the retail industry. It offers customized campaigns and offers suitable for customers’ preferences, expectations and habits. Hopi, which provides the right product from a large number of member brands from different sectors to the right customer with affordable deals, enables both customers and retailers to win. Hopi has been designed and created in Turkey by Boyner Group entirely with local knowledge and human resources. Now, it has nearly 150 member brands and over 6 million customers

My Assistant: An award-winning app that removes the borders in retailing

Boyner Group continues to accelerate its digital investments. It is getting ready to provide an exclusive and unique shopping experience for its customers with "My Assistant" devices that will be used by sales representatives in all stores. Boyner Group is removing borders in retailing and merging online and offline worlds with this application. The group has started using the application in Beymen. Beymen sales representatives can check the product range and availability with "My Assistant", perform sales transaction even if the product cannot be found in the store and send the product directly to the customer’s home. The My Assistant application was selected as the "Digital Application of the Year" at the World Retail Awards In 2017.