‘‘Passionate about their work, volunteers and volunteering, Boyner Group Volunteers are a corporate team.”

BGV is an entertaining structure which provides benefits for the society by using the colors of life as well as being passionate, determined and having aims. It is a corporate solution partner who aims to for the detection and solution of social and environmental problems with innovative, brave, proactive, creative, responsible approaches and sustainable practices. 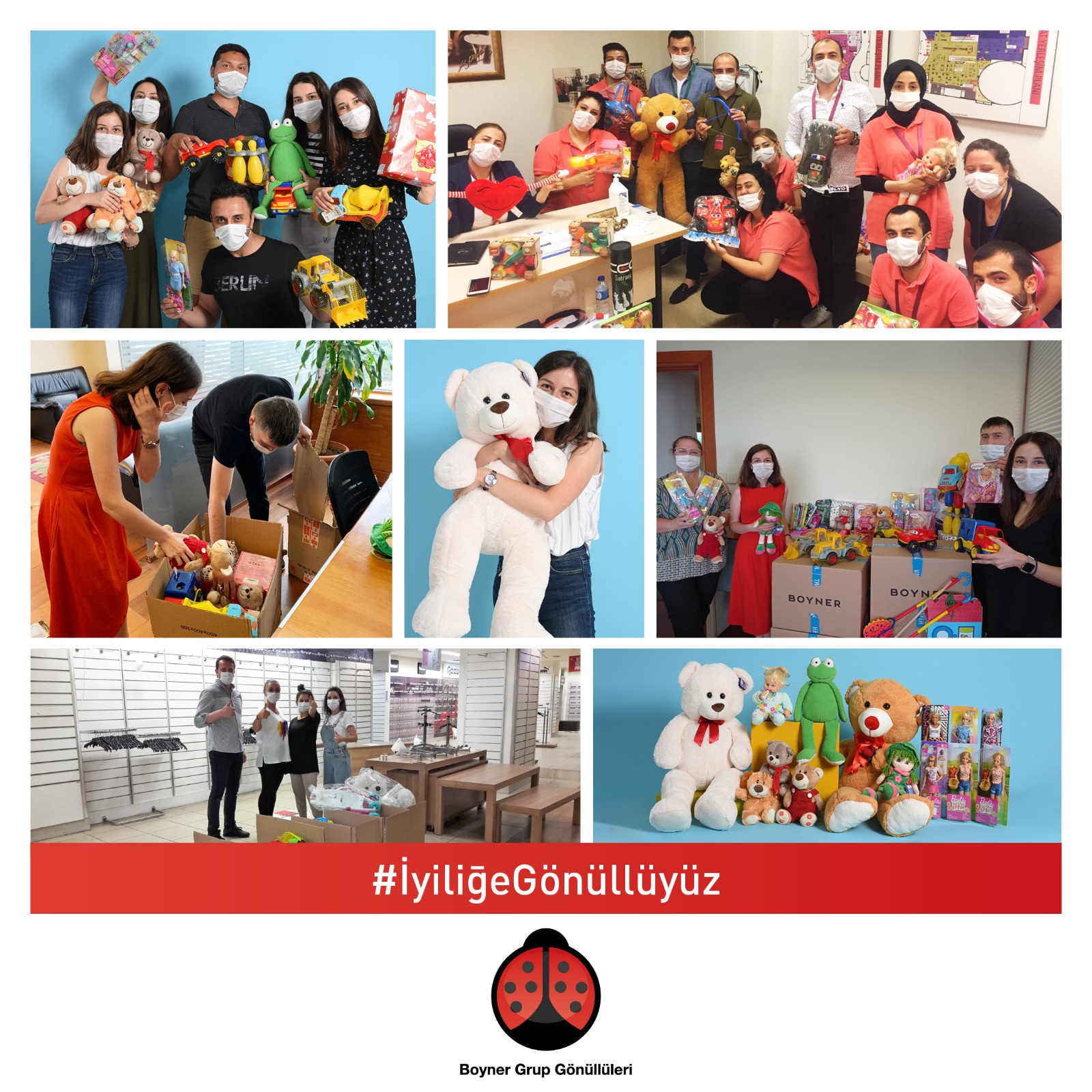 Since 2002, Boyner Group Volunteers (BGV) have been contributing to the solution of social problems with projects and activities of which topics are specified every year. The volunteers, who have made corporate responsibility and sustainability understanding widespread, have extended their influence area by taking part in shareholders’ organizations. Boyner Group Volunteers develop activities and campaign projects within the scope of supporting those in need social inclusion of disadvantaged groups, fund raising, increasing motivation, supporting non-governmental organizations and improving environmental awareness and strategic charity.

We also Have a Gift for the Children Dreaming About Freedom!

As part of the campaign organized jointly by BGV and Youth Re-autonomy Foundation of Turkey, Boyner Group Volunteers sent 2123 pieces of clothing and 4 big packages of toys to children who are to grow up in prison and whose ages range from 0 to 6 all around Turkey. The gifts turned into cheer, color and dance for the children in the New Year.

From storybooks to sweat suits, coats and shoes, all of the gifts in the 27 different categories were completed by the participation of 127 people from the campuses, mainly by Boyner and Beymen store teams.

Boyner Group Volunteers are in the Field!

Boyner Group’s corporate volunteer team Boyner Group Volunteers (BGV) began to participate in ‘‘Girls in the Field’’ in 2016 and the team took the field to defend gender equality and support civil society in 2017.

VODOFONE 38th İstanbul Marathon was provided participants for TOHUM AUTISM in 2016. This year, both a fund and awareness were created with the participation of 50 volunteers for LÖSEV.

In 2018, a resource was created for LÖSEV with the participation of 50 volunteers and efforts were made to raise awareness.

In 2019, 34 Boyner Group Volunteers ran on behalf of the SosyalBen Foundation at the 41st Istanbul Marathon.

A HANDFUL OF HOPE

We started our “We are feeding” project in November 2015 and we continued it in 2016 and 2017 . In cooperation with Maslak Veterinary Clinic, BANVİT, DARDANEL, GÖKTÜRK PATİ EVİ, which we established in 2016, lasted in 2017 as well. Also in 2017, we took the responsibility of feeding, sheltering and treatment for over 300 street animals and we volunteered for 600 hours. We volunteered for 1400 hours between November 2015 and December 2017 and volunteers created nearly 50,000 cash resources for treatment costs.